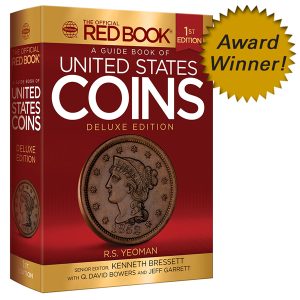 A Guidebook Of United States Coins, or the “Red Book” is the biggest selling numismatic reference of all time. Given this fact, it would appear impossible to improve upon, but Whitman has done exactly that.

Bordering on what would be considered an encyclopedia, the new Deluxe version of the Red Book features full color photographs, prices, mintage and compositional information just like its smaller brother, but goes well beyond that.

The First Deluxe Edition shares over 350 pages on Half Cents and Large Cents giving these important series of highly collected American coins a treatment that they have richly deserved for years, but never quite received. Future editions will feature expanded sections of coins and series to be determined at a later date.

The larger format is a substantial difference to the annual but does so without making the book so large and cumbersome as to make it impractical to carry.

I think that A Guidebook Of United States Coins – Deluxe Edition is not only destined to be a classic of numismatic reference, but has become an “instant classic” that any collector wanting to be well-informed and well prepared must have among his library.

This book is a must have. 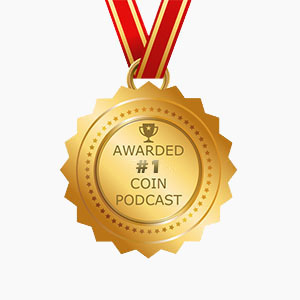